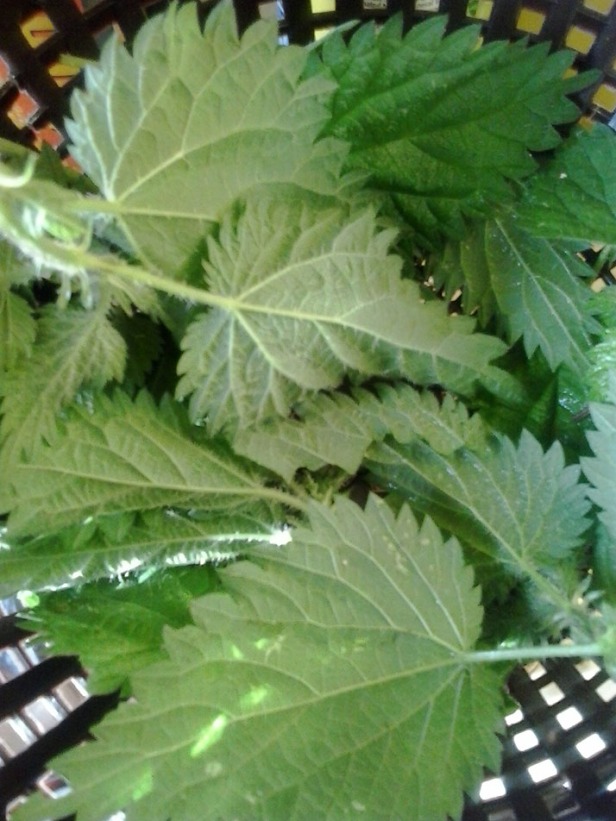 I was first set the creative challenge to Eat Something Different a few weeks ago. The aim is to eat something unusual or to eat it in a different way. Small regular problem-solving tasks that stretch the imagination are good for rehearsing your creativity.

So as I only had about a day to complete the task I had a quick look round the local health food shop with my younger son but we couldn’t find anything that seemed creative enough. Also, I felt that simply buying something seemed a bit lame.

I was constrained by time and not being able to find anything to buy. But I did relish the constraint as I felt it would make my eventual solution more creative. Finally I decided to raid the garden for something unintentionally home-grown. Nettles and dandelions grow pretty well in my, ahem, “woodland” style garden. But the dandelions looked distinctly dusty and dry and not even a hungry rabbit might be tempted. 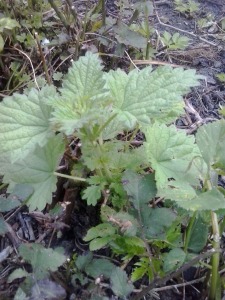 So I quickly looked up how to best prepare nettles and found that you should only use the top six to eight leaves on new shoots. Despite it being autumn I did have plenty of new shoots re-growing after one of my sporadic gardening attempts. Picked these with gloves on, washed them and cut the leaves off very carefully. Brought them to the boil and then added them to a sauce for tortellini. No-one else would try my nettle pasta. But it was really good – so good I did it again the next week without even having a creative challenge to fulfil.

More recently I set the Eat Something Different Challenge for my design students, so I had to re-think it all over again. I do find that cooking the dinner every day is a creative challenge in itself, especially if you haven’t been to the shops and the cupboard is pretty well bare! But this proves the point that creativity is an everyday skill and is needed precisely for home-making, not just arty, crafty, designy topics.

This time I made felafel stuffed with home-made plum jam. Yes, felafel do-nuts. No-one else would eat them (hmm, again?). Yet to my surprise they were really delicious. In fact they were better than the plain falafel and I might have to do these again too! 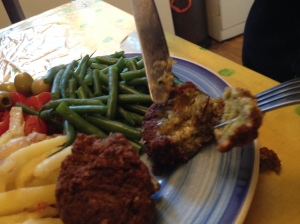 Some of my students also did some great eating. One made a quirky video of himself trying to eat a (raw) pumpkin. Another froze a “glass” and drank fruit juice from it. Another froze two fruits together and tried to eat it though he said it was a bit hard. Another covered a balloon with melted chocolate and then, when it was set, popped the balloon and made a hazelnut bowl from the moulded chocolate shape and ate it. Her mother helped both parts! Several ate sweets or fried breakfast with chop sticks. One had a lama burger and another ate an oak leaf, though I am not sure how safe that is, so don’t try that at home. PS: Abiding by health and safety is a rule of this activity.

This is a fun activity to do and you can make it as small or as big and time-consuming as you feel like. But do have a go at some creativity building tasks because they help you to come up with plenty of ideas and amongst those will be some innovative ideas that might actually change what you eat!